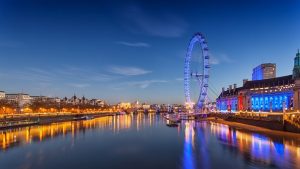 If you’d like to explore notable historical locations in the UK, consider London as a hub for your holiday. Not only is there plenty to see and do in London itself, but you can either hire a minibus for a day with a driver or find affordable day tour deals in and around London to see many other things, such as the following:

The city of Bath was once Roman, but now is just a day excursion from London. A full-day package often includes the Roman Baths, Bath Abbey, the Jane Austen Centre, and the Botanical Gardens. The Roman Baths were built around the only hot spring in Britain, and the Romans constructed an elaborate temple with a bathing complex. It still has natural hot water flowing through it. Extensive ruins yield treasures that are millennia old, yet modern methods are used to preserve them beautifully.

Canterbury is an iconic medieval city, and you don’t want to pass up the chance to see Canterbury Cathedral. This site is the centre of Christianity in England. It’s been home to the consecutive succession of over a hundred Archbishops going back to Augustine. The medieval city itself is a must-see for any history enthusiast in your party. See for yourself where Archbishop Thomas Becket was gruesomely murdered in 1170 at Canterbury Cathedral. Immerse yourself in the fascinating history behind this mesmerising epitome of medieval architecture. Even if you’re not into history, you’re likely to marvel at the magnificence of the stained glass windows of the cathedral, many still in place from the 12th and 13th centuries.

A guided tour into the Lake District has plenty to do. You’ll wind through country villages and quaint roads in between. You’ll travel by bus to the largest lake in England, Lake Windermere, which you can cruise for a while. After that, you get to enjoy the charm of Hawkshead village. The day ends with afternoon cream tea, which happens at Lindeth Howe. That’s the Beatrix Potter’s family home.

Leeds Castle has 202 hectares (or 500 acres) of parkland and a millennium of history. This day trip is a bit long, at nearly 14 hours, but you also get stops at the famous White Cliffs of Dover and Canterbury, as well as a boat ride from Greenwich down the river Thames to Embankment Pier.

Only an hour from London, the historic university city of Oxford awaits you. Your open-top bus tour includes seeing the Ashmolean Museum, Christ Church College, the Bodleian Library, and the Sheldonian Theatre.

Believe it or not, the capital of France is a day trip from the capital of the UK. You can hit the highlights like the Arc de Triomphe and the Eiffel Tower, go shopping, or just relax in a cafe. You can get a panoramic tour of the city’s best romantic spots, all included with return tickets via the Eurostar.

See Stonehenge for the day with a day tour that’s all about this prehistoric monument. Walk the same land that Neolithic ancestors did at this British icon of history, dating back nearly five millennia. Figure out for yourself the mysteries behind this distinct rock formation as you hear about the various theories that already surround it. Whether a burial ground or a religious site, this site was certainly an engineering masterpiece.

Stratford-upon-Avon is a day trip from London that puts you in the heart of Shakespeare country. This is where the most famous writer in the world was both born and then raised. Ride around town on board an open-top bus, enjoying a stop at Shakespeare’s home along the way.

This is a great weekend trip out of London, where you can visit old pubs sitting in idyllic villages with gorgeous limestone buildings. If you want some nature, enjoy beautiful gardens or the undulating green hills around the area. These towns have bustling markets that are a wonderful place to do some shopping or take easy strolls.

Wander around the quaint shops of Windsor, or take tours on open-top boats and buses. You can even visit the official residence of the Queen, Windsor Castle, that sits mightily on a lushly-wooded hill where its history overlooks the Thames. This place dates back to the Norman times. Once you see the turreted Round Tower and the sweeping landscaping of the gardens, you’ll understand why the Queen has made this residence her weekend favourite.