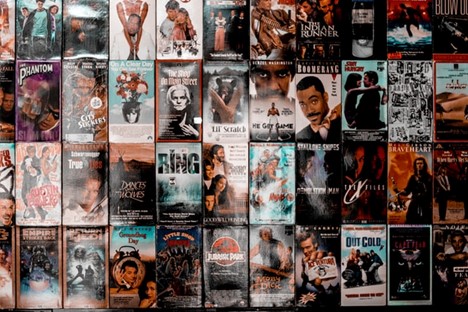 Amber Heard has been part of the news and got into controversies because of a defamation case that was part of the press and media. She started her career in a horror movie called All the Boys Love Mandy Lane get on as a star in movies like The Ward, Drive Angry, Pineapple Express, Never Back Down, and many others. She married Johnny Depp 7 years ago and filed for a divorce in the year 2016. She also accused Johnny of domestic violence. She got involved in two lawsuits of high-profile nature. She used her image to become a figure representing domestic abuse. This resulted in Depp eventually winning the lawsuit and Amber Heard getting bashed throughout the world.

Justice League is Zack Snyder is one of the best depictions of DC’s superhit show with all the superheroes teaming together against the forces of evil. This time they have a different crisis at hand. Just like Luthor told Bruce Wayne in the post-credit scene of Dawn of Justice that there is a storm coming and they heard his call. He was referring to Darkseid who has sent Steppenwolf and his legion of Parademons on earth. He was a demonic warlord of Apokalips who was sent by Darkseid to retrieve the Mother Boxed but was defeated by Olympian Gods, Amazons, humanity, Atlanteans, and extraterrestrial beings. After the war, the Mother Boxes were hidden away in secured locations in Thymescira, Atlantis, and somewhere on earth, which was discovered by Dr. Silas and was taken to S.T.A.R. Labs.

On the other hand, the world mourns the death of Superman even after two years. Suddenly the Mother Boxes get activated and Steppenwolf visits the three places to take them away from the Amazons, The Atlanteans, and Doctor Silas but it was with his son Stone who is now Cyborg. Bruce Wayne recruits a league of people with Special Abilities to protect the earth from becoming Apokalips, a haven for Darkseid.

Arthur Curry was a young kid who could communicate with fish and could control everything that goes within and beyond the Seven Seas and Oceans around the world. He is the son of a lighthouse keeper named Thomas Curry and the queen of the underwater Atlanna. As he grows up he was secretly trained to wield a Trident so that he can become the King of Atlantis. On the other hand, Arthur confronts pirates who hijacked a Russian submarine and kills their leader. His son David seeks revenge and joins forces with King Orm who wants Arthur dead so that Orm can become Ocean Master. Amber Heard played the role of Mera associate of Arthur who later develops feelings for him.

John Milton is a fugitive from Hell who stole Satan’s gun called the Godkilles to kill a satanist cult leader named Jonah King. He murdered John’s daughter and her husband. He plans to sacrifice John’s granddaughter as he believes that this can unleash Hell on Earth.

Meanwhile, another player joins in the game when Satan sends his Accountant to find John and the Godkiller back to Hell. Milton finds out that the ritual is taking place in Stillwater. On the way, he meets a waitress of a diner who has been cheating on her and abandons her with John. So it’s John and Piper against the Accountant, the rest of the world, and Jonah. John manages to kill Jonah and his followers, is returned to Hell with the Accountant in a 1957 Chevrolet Bel Air, and drives back into Hell.

Never Back Down As Baja Miller

Jake who has moved to Orlando with his mother and a younger brother who is an emerging Tennis star moves to move his tennis career. His classmates tease him by recalling a drive-driving that took his father’s life. Soon he finds himself becoming an MMA athlete and in love with the game and a new direction given to him by his instructor, Roqua who coaches him under the condition that he will never fight outside the gym. He is also in rivalry with Ryan McCarthy who is Baja’s boyfriend and makes fun of his father’s death. Jake soon finds himself among the champions of MMA and gets to face Ryan after a series of games. When Ryan and Jake come face-to-face, they both fight relentlessly and overcome Ryan after a cutthroat battle knocking him out by using combinations taught to him by Roqua.

In the end, one can say that Amber Heard is a versatile actor and should work on a few things now to get out of the recent controversies. She has worked with some distinguished actors in her career and she might continue to do so in the future.