How Does A Milking Machine Actually Work

It is very common for farmers to enjoy hand milking their cows, however, it can be quite a task if you have a commercial business.

There are machines that can do this for you, and they do look very complex, but they are actually quite simple to use. The machine uses the power of suction, on the teats of the cow, which causes the milk to flow. Micro dairy equipment.

Let’s discuss how this works: 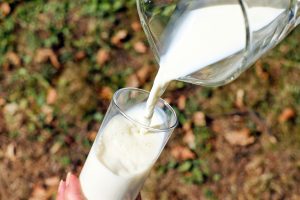 On each of the teats of the cow will be what are called teat cups. These are made of silicone and rubber, and they are encased in either a plastic or a stainless steel shell. There are liners, but they are the only parts of the machine that will ever come into contact with the cow. They are going to form a very distinct seal, specifically on the teat of the cow and the short milk to which is going to be used when the milk is transported. They are controlled by a pulsator valve which is directly connected to the vacuum pump. In between the liner, and the shell, is what is called the pulsating chamber.

As this pulsator functions, it will use the power of suction, in conjunction with the pulsating chamber, to allow the liner to begin to open up.

This is going to cause a constant suction to occur which is maintained on the short milk two. The liner that opens up, and then the pressure is equalized, specifically between the pulsating chamber and the short milk tube, and the exposed teat, which is connected to the vacuum, will begin to flow with milk.

Going back to the pulsator, and then releases the vacuum, and this allows the liner to fill up with air again. However, because the air pressure is greater in the pulsation chamber, more than it is in the short milk tube, the liner is going to collapse, it will tighten up around the teat of the cow, causing a massaging like motion. This is always going to maintain the blood circulation around the teat.

As the pulsator is operating, it does so at about 60 cycles per minute.

The short milk tubes, those that are attached to the teat cups, they are going to meet and this part of the machine is often referred to as the claw. The milk, from all four teats, is going to be mixed together.
The vacuum part of this apparatus connected to the long milk tube is going to pull the milk through a column and line.

Once the milk begins to flow, it goes through the long milk tube, and it ends up in a receiving jar. If there is any air that is trapped, it will then be released. If there are multiple cows that are currently being milked, and that are attached to this apparatus, all of it is mixed in together.

This will cause the receiving jar’s to fill up, causing the pump to turn on, and it puts all of the milk into a bulk tank where refrigeration can occur.

When the udders of the cow are empty, the machine will turn off. There are different types of meters that help with this process.
Subsequently, the teat cups will then be detached.

The teats of the cow are then lathered with iodine so that infections cannot occur or subsequently contaminate the milk flowing back into the teats when the pulsator let’s all of the air in the teat cup go in.
The machine will then be properly sanitized so it can be used once again.

If you are using this, and you are a small operator, you will want to use variations of this system where you will have the milk flow into a clean bucket, or a can, instead of going into what is called a receiving jar. The system, once it is operational, allows you to put the pulsator on the top of the bucket. Once this process is completed, the apparatus is taken from the bucket and then what you have left is farm fresh milk.

The machines that do all of the milking should be cleaned regularly. The easiest system for doing this, whether you are using a flush system using buckets, or just the bucket itself, everything is flushed by the vacuum through the machine. You also have surging which can be done by plunging, and also withdrawing, clusters from the bucket, and this is also going to help clean everything.