Get to Know the History of ATM Machines and their Development 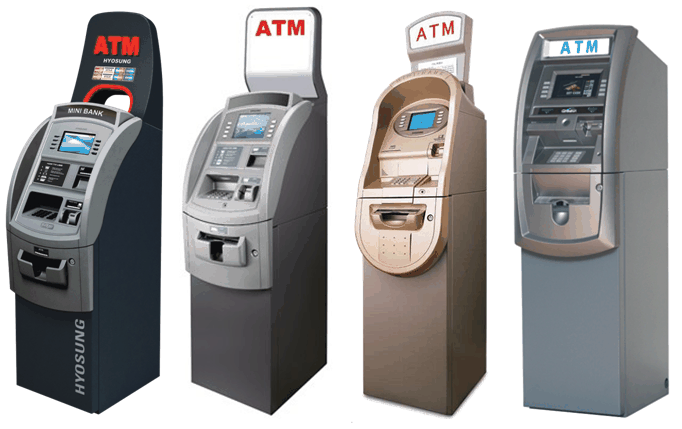 ATM is definitely not something foreign in our daily lives, where almost all public places have this machine. Whether it’s in shopping centers, offices, housing, even in the school area there are now many ATM machines. ATM is very easy for us in everyday life, especially in financial transactions. Today many companies offering ATM installation services are one of them is TecDis. TecDis offers ATM installation services. But actually what is the function of this ATM machine? We will examine it further in this discussion.

A Brief History of ATMs

Before discussing the ATM function, it’s good to first understand the understanding and brief history of this tool. ATM in Indonesian stands for Automated Teller Machines, while in English is an Automated Teller Machine. As the name suggests, this ATM is a substitute for the role of tellers or bank officers in providing financial services to customers. So we don’t need to come all the way and queue long at the bank to carry out various transactions, except those that cannot be done at an ATM.

ATM first appeared in America, Europe and Japan around 1950 to 1960, and it was not known who discovered it for the first time. There are several names mentioned as inventors of ATM, namely Donald C Wetzel, Luther Simjian, John Shepherd – Barron, James Goodfellow. In addition, there are also several companies called ATM inventors, namely De La Rue, Speytec – Burroughs, Asea – Meteor, and Omron Tateisi.

Initially, ATM functioned as a money borrowing machine, where people could borrow money from this machine if they did not have time to go to the bank or need money outside the bank’s operating hours. In Japan, for example, ATM has been referred to as a Computer Loan Machine that can provide cash loans. Now ATM machines are used by inserting an ATM card or debit card with a chip that shows the identity and security of the customer.

After knowing the brief history of the ATM, we will review what the functions of the machine are. Here are the things you can do using an ATM machine:

The main function and most often used by ATM customers is to withdraw cash whenever needed. This ATM function is very easy when we need cash immediately because many ATMs have spread everywhere. We also do not need to come to banks that are not as many as ATMs and have limited operating hours.

Noteworthy is that there is a maximum or limit of cash withdrawals through ATMs that vary according to the relevant bank policies. However, ATM remains the best choice for withdrawing not too much cash, or during emergencies. Many people choose to take cash at ATMs compared to bank tellers because they don’t have to wait long and long.

Apart from withdrawing cash, ATMs can also be used to deposit money into our own savings account or send it to someone else’s account. Although not all ATM machines have facilities that can deposit money, but many are found in public places. This of course facilitates us and saves time compared to having to deposit money through a bank teller.

The next function of an ATM machine is to make it easier for us to process money or transfers, both to fellow customers from the same bank or other banks. The function of this one is certainly not something foreign, especially for people today who often shop through online stores. Shopping online does require that we make transactions without face to face, which means we have to pay by transfer.

In the past we had to go to an official payment counter from a water or electricity company to pay a monthly bill, now we can pay it via ATM. ATM does have a feature that makes it easy for us to pay routine bills used in a month, so we don’t have to bother coming to the payment counter.

There are many types of bills that can be paid via ATM, depending on whether the service provider works with the bank that we use or not. So not only water and electricity bills, but we can also pay for telephone, internet, cable TV, even insurance and school fees. In addition, those of you who like to donate to social activities can also channel donations through the ATM feature to your trust institution.

Not only banking products that can be paid or purchased via ATM, but also various other products that are not directly related to banking. So it’s not strange when people buy telephone credit through ATMs, or even pay for airplane tickets. There are various product providers that work with banks, so we can buy products through ATMs. Starting from credit and internet packages, airplane and train tickets, cinema tickets, and so on.

So are some things that are a function of ATM machines, which we often encounter and use in everyday life. The existence of an ATM machine as a sign of technological advancements and times indeed greatly facilitates us in conducting financial transactions. Not only that, but ATM also helps us in solving other matters outside the banking sector, as discussed above. I hope this information is helpful!