Driving in Europe Post-Brexit: Important Information You Need to Know

Brexit is poised to impact UK motorists who drive in EU countries in several different ways. 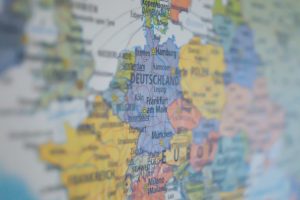 Here in our guide, we will be setting out what these changes are.

The changes to procedures and rules regarding driving in Europe have effects on driving permits, car insurance, driving licences, and many other factors that will need to be considered by motorists if they want to drive on European roads starting 30 March in the post-Brexit era.

It is advised by the Department for Transport (DfT) that if the UK leaves the EU without having a deal on 29 March 2019, that British motorists wanting to drive in Europe are going to be required to buy an International Driving Permit (IDP). In essence, an IDP is a translated version of your current driving licence. It enables foreign officials to easily and quickly check your credentials. You can apply for an IDP at the Post Office and costs £5.50 to purchase.

It is worth keeping in mind that on its own, an IDP is not valid – you also need to carry your standard photocard driving licence.

Do You Need an International Driving Permit?

Post-Brexit, the 1949 IDP variants only will be valid in Spain, Malta, Ireland, and Cyprus, while the 1968 IDP needs to be purchased for travelling purposes in other EU countries.

According to the DfT, the IDP version that you are going to require will depend on which specific EU country that you are visiting. Drivers might face enforcement action such as fines or turned back at the border if you do not have the proper IDP.

Along with an IDP, it is very likely that Brits who plan to drive around Europe in the post-Brexit era will also need to have a motor insurance green card. It is a document that your insurer provides to prove you have appropriate insurance coverage for driving abroad.

Fortunately, applying for a green card is not hard and should not cost anything – you just need to call your insurer and request it.

If after Brexit you plan to drive to an EU country, it is advised that you check with your insurance company before you leave to ensure that, if you become involved in an accident with a motorist from Europe and want to file a claim against them, then your insurer will need to contact their insurer for you and deal with it on your behalf.

If there is no deal on Brexit, then the rules surrounding vehicle registration documents while driving in Europe should not change. Continue your current practice of having your V5C vehicle log book inside your vehicle while driving abroad. Also, if you are driving a UK-registered hire car into an EU country, you also need to have a VE103 in order to prove that you are allowed to drive the car abroad.

Currently, UK-registered vehicles driving in EEA and EU countries need to have a GB sticker attached to the back, unless the car is fitted with a Euro-plate (which is a number plate displaying in the left-hand column both a GB symbol and EU flag).

However, if the UK ends up leaving the EU with no deal, it will be required for UK-registered cars to have a GB sticker attached, whether or not it has a Euro-plate.

UK drivers, following Brexit, will need to register a commercial trailer that weighs more than 750kg as well as non-commercial trailers that weigh over 3,500kg before it may be towed in a majority of EEA and EU countries. This may be important for HGV drivers and or those at the HGV Training Centre.

Also, motorists can voluntarily register non-commercials weighing over 750kg. However, there are no legal requirements for doing this.