Do You Know How To Update A Period Property? 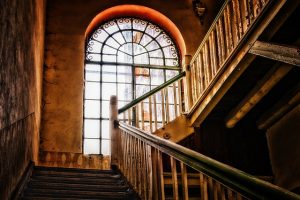 Older homes frequently have a lot of charm and character, but if you’re currently living in a period property, you might see quite a few things that need to be updated. You should strive to balance two things. The first is using modern tweaks to make your home a lot more comfortable such as installing new windows with built in windows. The second is maintaining the character that makes you love living in an older home to start with.

The majority of older homes aren’t insulated appropriately. If you don’t deal with this, your carbon-conscience will join your bank account in making you regret it. CosyHome Company says that homes lose their heat in five central ways:

Professional insulation installation is a smart choice, if only to prevent air-quality and moisture issues. If you do tackle this on your own, be sure that you use protective clothing, goggles, and a facemask.

Replacing your older boiler is admittedly expensive, but it’s also an eventual necessity. You might want to think about investing in something like a high-efficiency condensing boiler. It’s widely known that these boilers convert a minimum of 86% of the fuel in them to actual heat, which is far more than the average of 65% for older G-rated boilers. According to The Guardian, while a boiler might cost you around £2,500, a new one can mean yearly savings of £235, meaning it should pay for itself in its first decade.

Outdated electrical work, wirings, and systems aren’t just an inconvenience; they can also be a huge safety risk that cause anything from electrical shocks to fires. Period properties often got built before electrical lighting was standardised for all homes. Per Real Homes, homes that haven’t been re-wired at any point in the previous three decades likely need to be at least partially rewired.

There are big warning signs that system updates are necessary:

-Does your home still have one of the old-fashioned fuse boxes? If so, then you need to hire an electrician. Older fuse boxes usually have wooden backs with cast iron switches and either white ceramic fuses or just a mixture of various fuses.

-Does your home have a mixture of various socket and switch styles? This is a strong indication that at some point, a partial rewire was already done, meaning you should get things checked out.

-Do you have cables covered with fabric, lead, or black rubber? If so, then your electrical wiring really needs to get updated. Modern cabling comes coated with uPVC.

-Are your light bulbs blowing too often? Hire an electrician.

Original features are what bring buckets of charm to their period properties, and they might be a big reason you first bought the place. Original features are sometimes gorgeous focal points in a room. Do some research before you add anything to original features. The Telegraph suggests that you avoid any urges to restore your period features to perfect conditions or status. You might actually lose some of the character, so it’s likely better to help them integrate into contemporary decor rather than stand out.

No matter how much you love the period property you own, the kitchen is something you’ll likely want modernised if it’s pretty old. Don’t fear bringing current elements into your period home. A clean yet functional design will minimise how outdated it might look in later years. Not long ago, FMB research indicated that new cabinet doors, a new worktop, and new flooring were kitchen improvements to consider as investments. Combined, an average Dorset home could see nearly £27,000 in value added in just a week. That’s a savvy investment.

Living in period properties is something that many dream of. On the other hand, properties that are obviously older might need some work to join the standards of living we’re used to in this century. This handful of helpful hints should get going in the right direction.